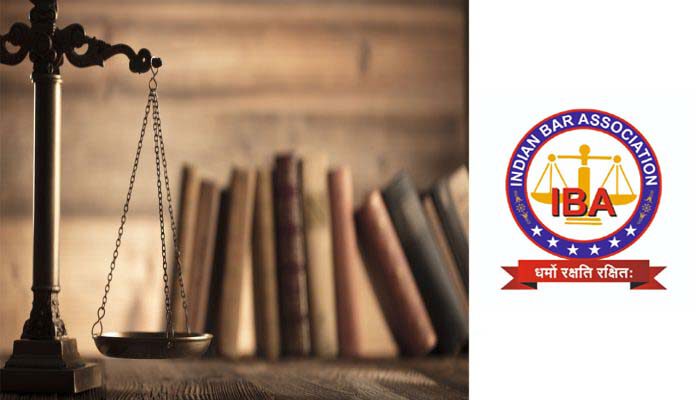 The victim belonging to Scheduled Caste Community was vaccinated against his will and without informing him with the dangerous side effects of the vaccines. He claimed Rs. 5 Crores interim compensation

If victim suffers death after vaccination, then the concerned doctor and other officers will also be charged for murder as per section 302 of IPC.

Today the Bombay’s Sessions Court Judge issued notice to jail authorities on a petition filed by the accused belonging to Scheduled Caste Community, before Sessions Court alleging his forced vaccination by police and doctors despite his refusal.

“APP Mrs. Hire for state present. Accused produced from JC. Advocate Nilesh Ojha for accused present. ………………………He also filed application for appropriate direction to Jail Authority and investigate and launch prosecution against the person responsible (for) force (d) vaccination of accused. TOR. APP to say and call say of Supdt of Jail. The order be communicate the Supdt of Jail on email.  Adjd for reply and compliance on 27.8.21.”

The prayers in the petition read thus;
i)Call a report from Inspector-General of Police (IGP) and In- charge of Arthur Road, Jail;

ii)Take appropriate action under Section 220 of IPC against concerned police official for handcuffing the Applicant-accused without any judicial order as has been mandated by Hon’ble Supreme Court in the case of Re: M. P. Dwivedi’s case (1996) 4 SCC 152.

iii)  Forward a reference of Contempt to Hon’ble Supreme Court against guilty police officer and doctors involved in wilful disregard and defiance of Hon’ble Supreme Court direction in the case of Common Cause Vs. Union of India (2018) 5 SCC 1, which prohibits forced medication against the will of a person;

iv) Direct appropriate action under provisions of Prevention of (SC & ST) AtrocitiesAct as the victim belongs to Schedule Caste Community.

v) Direct competent authorities to initiate prosecution under Section 52, 166, 336, 319, 321, 307 r/w 109, 120(B) & 34 of Indian Penal Code and Section 51, 54, 55, 56, 58 of Disaster Management Act, 2005 against person, police officers, doctors and anyone who are  directly or indirectly involved in the crime by their act of commission and omission in acting against the directives of the Central Government and unlawfully doing the forced vaccination of the Applicant-accused against his will and without explaining him the death causing side effects of the vaccines and putting the life of applicant in danger.

vi)Direct the authorities to not to force the Applicant-accused to take second or booster dose of vaccines;

vii)  If subsequently any life threatening side effects occur then the concerned doctors and police officials be prosecuted under Section 302, 120(B) & 34, 52 of Indian Penal Code.

viii) Direct the State Government to fix the responsibility on officials for granting adequate compensation to the Applicant-accused;

ix)Give specific direction to the jail authority to insure the safety and protection of the applicant-accused and he shall not be subjected to any pressure for his complaint against the jail authorities and if anything happens to the Applicant then this complaint be treated as his dying declaration and the concerned officials be prosecuted;

x)Pass any other order which this Hon’ble Court deems fit and proper in the facts and circumstances of the case;

xi) Pass appropriate direction regarding interim compensation of Rs. 5 Crores to be paid by the State of Maharashtra to Accused;

As per the Central Government’s directives vaccination is purely voluntary and not mandatory.

Supreme Court of India & various High Courts have ruled that direct or indirect pressure to take vaccine, is violative of Article 14,19,21 of Constitution of India and it is also a criminal offence which makes the victim liable for compensation.

Based on the scientific proofs the Courts have also ruled that, the vaccines are no guarantee of any protection from Covid-19. The vaccinated people can also get infected with corona and they can also be superspreaders. Therefore,extending any facility or advantage solely to the vaccinated people, will be violation of Article 14 of the Constitution.

If the said person dies due to forced vaccination or any side effects of the vaccination then such Doctors and other official will face prosecution under murder charges of section 302 etc of IPC.

As per section 2 of Epidemic Disease Act, 1897 and section 12 & 13 of National Disaster Management Act, 2005,it is the duty of the state Government to provide appropriate compensation to every citizen who is victim of any steps taken by the state such as lockdown, restriction on opening of office etc.

“Power to take special measures and prescribe regulations as to dangerous epidemic disease.—(1) When at any time the 2 [State Government] is satisfied that 2 [the State] or any part thereof is visited by, or threatened with, an outbreak of any dangerous epidemic disease, the 3 [State Government], if 4 [it] thinks that the ordinary provisions of the law for the time being in force are insufficient for the purpose, may take, or require or empower any person to take, such measures and, by public notice, prescribe such temporary regulations to be observed by the public or by any person or class of persons as 4 [it] shall deem necessary to prevent the outbreak of such disease or the spread thereof, and may determine in what manner and by whom any expenses incurred (including compensation if any) shall be defrayed.

(i) the minimum requirements to be provided in the relief camps in relation to shelter, food, drinking water, medical cover and sanitation;

(ii) the special provisions to be made for widows and orphans;

(iv) such other relief as may be necessary.

13.Relief in loan repayment, etc.—The National Authority may, in cases of disasters of severe magnitude, recommend relief in repayment of loans or for grant of fresh loans to the persons affected by disaster on such concessional terms as may be appropriate”.

No excuse is available to the Government because the Government is paying full salary to all the Government officials, leaders/ Ministers /MLAS/MPs etc. and it appears that everything is going smoothly for them except for the common man who is constantly struggling to earn his livelihood.

Hence, the Government cannot take any defence for not providing compensation to the common man.

In fact, it is responsibility, duty and obligation of all the Chief Ministers, Ministers, Prime Minister to provide compensation to all citizens who have suffered due to measures like lockdown.

“The medical officers were supplied with cash advances and had instructions to pay compensation for any articles belonging to plague patients that may have been destroyed in the process.

“It was found at the beginning of the operations that rather too many articles were at times destroyed as rubbish. Orders were accordingly issued on March 26 to Officers commanding limewashing divisions to visit, if possible, all houses to be lime washed and to decide what should be destroyed in each. It was also laid down that when a property of any value to the owners was destroyed by limewashing party, the Officer commanding the division should note the approximate cost of replacing what had been destroyed in order that compensation might afterwards be paid. In practice nothing was destroyed after the first fortnight of the operations except in the presence of an officer,” reads the report.

It was at this backdrop that Bal Gangadhar Tilak wrote in Mahratta, his English newspaper: “Plague is more merciful to us than its human prototypes now reigning the city. The tyranny of the Plague Committee and its chosen instruments is yet too brutal to allow respectable people to breathe at ease.” No doubt that the regulations and measures as they were imposed in Pune were the most stringent among all the cities afflicted by the pandemic. In fact, Antony MacDonnel, Lieutenant-Governor of the North-Western Provinces, had observed in a July 1897 communique that “If the plague regulations had been enforced in any city of these provinces in the way in which …they were…enforced in Poona, there would have been bloodshed here.”

Butthe State officials of Independent Indiahave proven to be unfair and unjust, since theyare not granting any compensation to the citizens, but are involved in corrupt practices of acting on a one-sided narrative that is intended tofacilitate the massive, unlawful gains to the Vaccine Mafia.